There is an increasing interest in the co-benefit concept, which has been recently adopted to define any positive impact or effect of a policy, program or project exceeding the primary project goal (IPCC, 2014). Urban and rural requalification and conservation projects and strategies generate a series of indirect and/or intangible benefits which may contribute to environmental, economic, and social improvement and positively impact individuals’ health and well-being.

Due to the worldwide relevance of co-benefits, there is an urgent need for innovative and robust models and tools to assess their value and to account in detail for the complexity of those co-benefits which are produced in urban and territorial transformations, as there are calls for them being fully included in public (and private) decision-making processes.

In this respect, over the last decade, a significant strand of literature has focused on the analysis and implementation of well-established valuation approaches and methods traditionally adopted in the evaluation of non-market goods and non-market effects, which in turn are grounded on individuals’ stated or revealed preferences to assess the monetary value of co-benefits associated with, e.g., policies aimed at mitigation of climate change effects and/or improvement in health and well-being of individuals and society. Simultaneously, many contributions in literature have investigated qualitative and multicriteria valuation approaches of externalities, which lead to significant advances in modeling and real world applications.

This Special Issue aims to stimulate the debate on co-benefit valuation approaches and contribute to the proposal of advanced valuation and assessment models of natural and environmental resources and cultural goods, specifically related (but not limited) to:

Relevant topics include also cost–benefit and cost-effectiveness analysis of investments in: 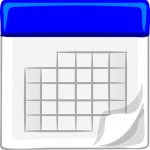